Following on from our previous post on Beau Vallon’s “Bazar Labrin”, this weeks cheap eats covers the infamous food vans of “Ton Pol’s Shack” and “House of Shawarma” both of which were conveniently located for obligatory tastings at the Carnaval after party in Freedom Square.

Seychelle’s two best foodies secret are well and truely out, with a mammoth following on social media and queues of salivating Seychellois as far as the eye can see. Be sure to follow them both on Facebook @shawarmaseychelles and @lakwizintonpol.

After numerous recommendations from friends and family we finally sampled some of Ton Pol’s finest home-made burgers and damn were the reviews not wrong!

These burgers are insane, fully loaded with everything your heart could desire; home-made beef patties, fresh local chilli, cheese, fried eggs, bacon, mushroom sauce, grilled onion, crispy chicken, home-made buns – you name it it’s in there and my god is it tasty! Burgers start from around SCR 60 and go up from there. 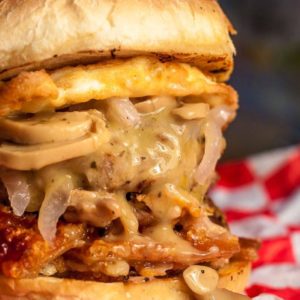 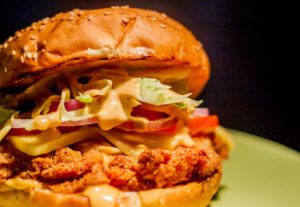 Both images above taken from Ton Pol’s FB page 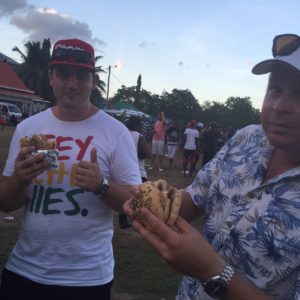 “Will and Stu give Ton Pol’s a huge saucy thumbs up!”

Next up is House of Shawarma…

Having been away from Australia now for 6 months, the boys were seriously craving a decent kebab (especially after a night out). We had heard a lot of positive chatter about the newly opened “House of Shawarma” food van and had seen their posts popping up all over Facebook so as you can imagine the boys were desperate to try them out.

Turning up at Freedom Square the boys were faced with the big red Shawarma van and they couldn’t wipe the smiles off their faces. Two servings of the freshly made meat and veggie kebab with a side of crispy fries devoured, the boys were set for a fun night of dancing to all the local sega acts and DJs. 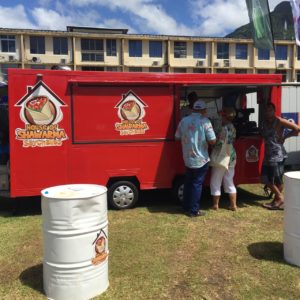 We have since discovered that House of Shawarma have expanded to include the only food delivery service on the island and the boys are ecstatic about that. The minimum spend is RS 300 for any trip further than the airport. 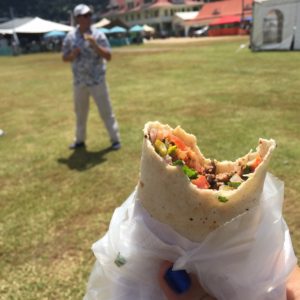 Do you know of any other secret cheap eats around the Seychelles? Let us know in the comments below.

We hope you get the chance to enjoy Ton Pol’s Shack and House of Shawarma – be sure let us know what you think!