Just a few degrees south of the Equator lies a hidden treasure in the Ocean… like scattered jewels… garden islands hidden away from all but the most discerning visitor… a visitor looking for warm turquoise blue waters lapping gently onto soft white sandy beaches… but also looking for something more, something unique and unspoiled with character and charm… a legendary place… like the Garden of Eden.

Each of our islands has their own unique character, style and charm. And each offers a distinctive experience that will capture your heart forever. 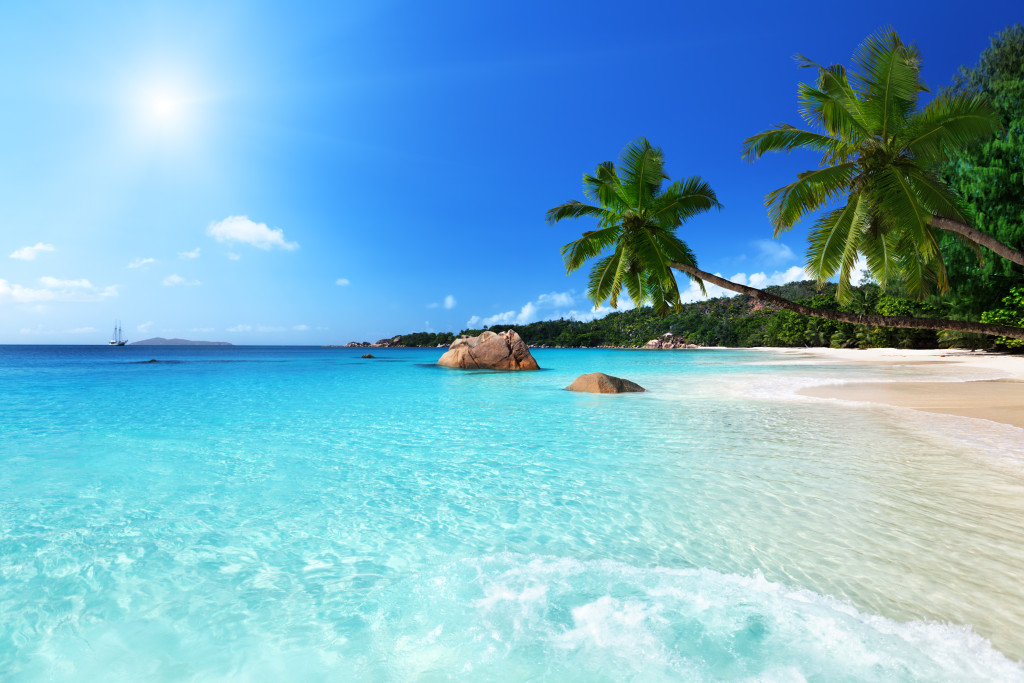 The Seychelles is an archipelagic group comprising of over one hundred Coralline and Granitic islands and islets, spread over a million square kilometres of the Indian Ocean just 4 degrees south of the Equator.

The granitic islands are unique oceanic islands, estimated to be over 600 million years old. Scientists believe that these islands are the remaining peaks of a vast continent known as Lemuria (also sometimes referred to as Gondwanaland), which has now subsided.

The main island of Seychelles is the granitic island of Mahe, which also happens to be the largest of the Seychelles’ islands at 27km long and 8km wide. Unlike neighbours such as Mauritius, the Seychelles Islands are ideally located outside the cyclonic belt.

The lush green vegetation of the Granitic islands is tropical in character, with a profusion of coconut palms, bananas, mangoes, yams, breadfruit and other tropical fruit. Indigenous forest exists on the higher slopes where the popular local produce vanilla, cinnamon and tea are planted. 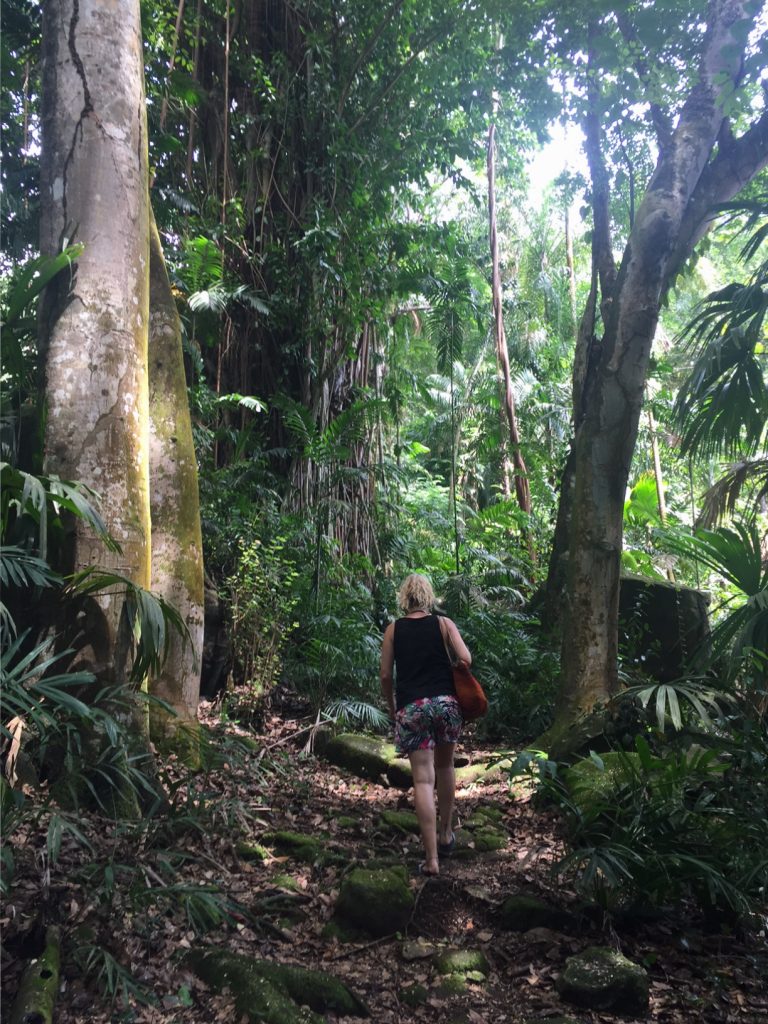 The total population of Seychelles is approximately 90,000 of which almost two thirds live on the main island of Mahe. The granitic islands, including Praslin and La Digue, all lie within a radius of 56 kms from Mahe. No permanent population resides on the Coralline islands, which includes the Amirantes, some 240kms South-West of Mahe.

The Seychelles islands are blessed with a year-long warm, tropical climate, so it’s always a good time to visit, however depending on your particular holiday interests, certain times of year may be more preferable than others.

The periods of calm between the trades produce fairly warm and wind-free conditions throughout April and October. Conditions for swimming, snorkelling and especially diving are superb during April/May and October/November when the water temperature sometimes reaches 29ºC and visibility is often 30 metres plus. 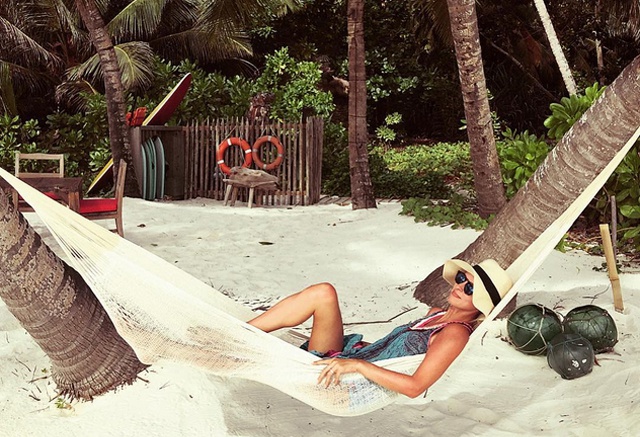 The millions of years that the Seychelles islands remained uninhabited enabled a unique assembly of plants and animals to develop on these tiny fragments of land. It was General Gordon (of Khartoum fame) who was first convinced that the Vallée de Mai on Praslin was the original site of the Garden of Eden.

Like many other delicate island ecosystems, Seychelles suffered a loss of biodiversity during early human history, which included the disappearance of most of the giant tortoises from its granite islands, the felling of coastal and mid-level forests, as well as the extinction of species such as the chestnut flanked white eye, Seychelles Parakeet and saltwater crocodile. Nevertheless, extinctions were far fewer in Seychelles than in many other islands, possibly due to the shorter period of human occupation (since 1770). The Seychelles is today known for its success stories in protecting its flora and fauna.

The granite islands of Seychelles are home to the order of 75 endemic plant species, with another 25 species or so in the Aldabra group. 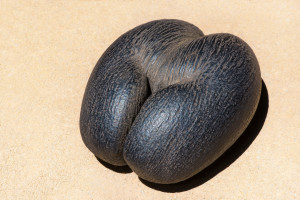 The most well known of which is undoubtedly the Coco-de-mer, a species of palm that can be found mainly on the islands of Praslin and nearby Curieuse. Nicknamed the ‘love nut’ from its suggestive form, the coco-de-mer is the world’s largest seed. The jellyfish tree is another with only eight surviving examples. This strange and ancient plant has so far resisted all efforts to be propagated. Another unique plant species found only on Aride Island Special Reserve is the Wrights Gardenia.

Seychelles hosts some of the largest seabird colonies in the world. Islands such as Aride Island, Bird, Cousin, Cosmoledo and Aldabra host many different species of seabirds which include the fairy tern, sooty tern, white-tailed tropicbird, frigatebirds and noddies. Aride Island alone has more species of seabird and greater numbers of them than all the other granite islands combined including the largest colonies of Lesser Noddy and Audubon’s Shearwater in the world. 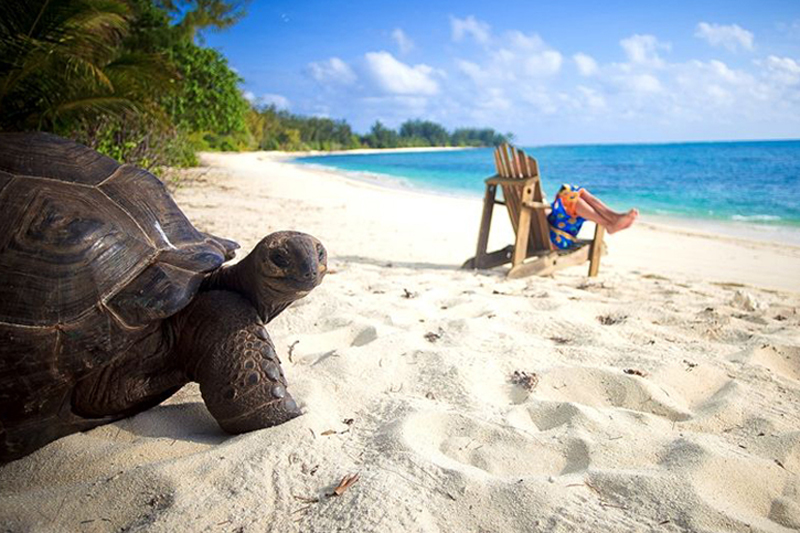 The marine life in Seychelles can be quite extraordinary, especially around the more remote coral islands. To date, more than 1000 species of fish have been recorded and most are unafraid of divers and snorkelers. Unfortunately coral bleaching has damaged many of the reefs, but some reefs, such as Silhouette Island, are now showing a healthy recovery providing an opportunity for great diving and snorkelling. 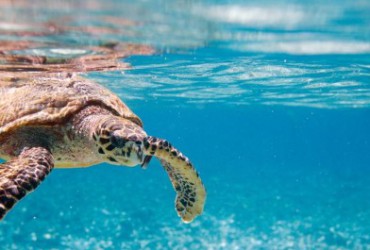 Most credit cards and Traveller’s Cheques are widely accepted.

Roaming facilities are available from local telecommunications providers. Not all islands have mobile coverage, but coverage is available around the three main islands of Mahe, Praslin and La Digue. Pre-paid mobile and internet sim-cards are also available to purchase.